We respect your email privacy | Powered by AWeber Email Marketing 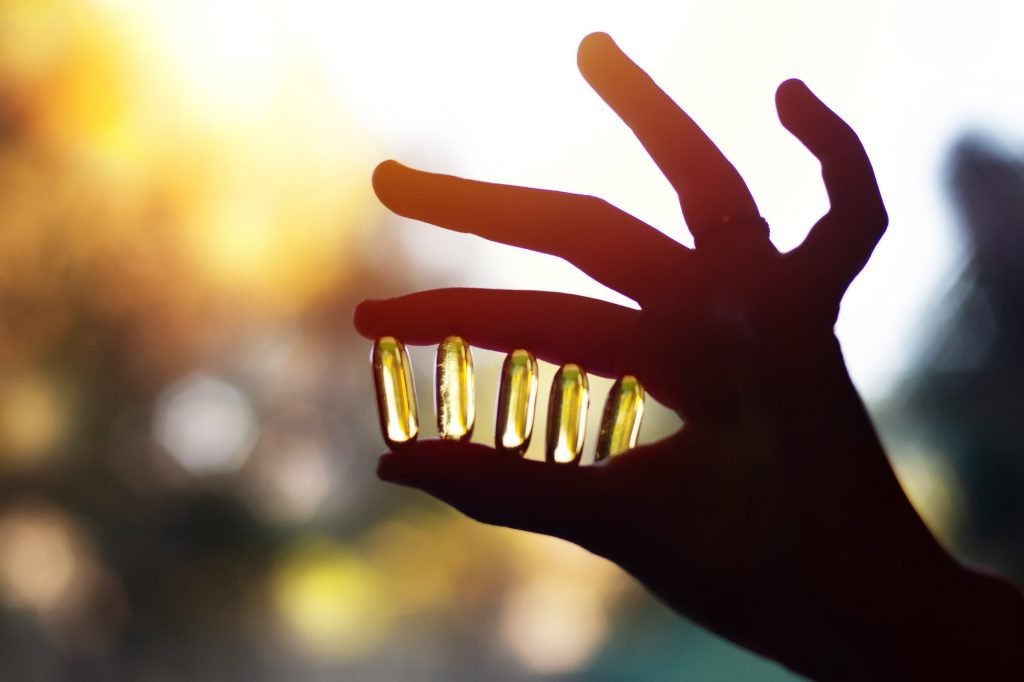 This clinical pearl comes from Nicholas Goodwin, PMHNP who collaborated with me on our recently released “The How to Start a Psych Practice” course and “The Clinical Psychiatry for the NP” course. He wants to discuss the use of supplementing with omega-3 in patients who suffer from a variety of mental health problems.

Are Omega-3’s Effective for Treating, or Preventing, Mental Health Conditions?

Omega-3s are well known in their use for treating hypertriglyceridemia. They produce 25-30% reduction of risks of cardiovascular events, like stroke and myocardial infarction (MI) (Mago, 2017).   Are Omega-3’s effective in mental health conditions as well? The American Psychiatric Association has supported, and recommended, using omega-3s in patients with mood, impulse-control, and psychotic disorders (Schatzburg and Debattista, 2019).

Using Omega-3s for depression has the most amount of data and therefore mainstream acceptance. It has been well studied with over 35 RCT’s including 11,000 participants. Harvard algorithm recommends using adjunct omega-3 as a 4th line treatment. It has shown to be effective in people diagnosed with clinical depression.  It may be effective as monotherapy, but even more effective when given as adjunct, with an effect size of (0.6). (Mago, 2017; Osser, 2020)

To be effective for depression the Omega 3 supplement must contain greater than 50% of EPA vs DHA.

Using Omega-3s in unipolar depression is widely accepted in mainstream psychiatry as safe and appropriate. It has the strongest data to support its use, especially in adjunct to antidepressant.

Some studies show clinical effectiveness, more don’t though. It is not effective for acute Mania. However, one study did show that adding omega-3 to valproate may improve anger outbursts and impulsivity (bullion et al. 2014; Shatzburg & Debattista, 2019; Mago, 2020)

Guideline consensus is that it may help, in either milder cases or treatment refractory cases (when trying something different is ideal).

One of the main advocates for treating ADHD with omega3s is orthomolecular psychiatrist James Greenblatt. He writes about this in his book “Finally Focused” which I highly recommend for people interested in psychiatric functional medicine. He recommends 200-300mg daily with children.

In his book he discusses risks and effects at length, but here are some highlights:

Though unlike mood disorders using omega 3s for ADHD does not seem to be embraced by mainstream psychiatry.

Like ADHD, people with schizophrenia were found to have lower levels of omega 3s in their system. Antipsychotic treatment seemed to correct the omega 3 deficiency.

Peet & Horrobin (2002) added placebo, 1g, 2g and 4g of omega3s on 115 patients with schizophrenia and actively treated with first generation antipsychotic, second generation or Clozaril. 2-4g showed to significantly decrease triglycerides. Results were not as promising when treating psychotic symptoms. There was high placebo response in all arms except Clozaril which had low placebo response. Clozaril was also the only arm that showed improvement that was statistically significant in its benefit compared to placebo.

For this reason, Harvard algorithm recommends adding omega 3s to clozapine if clozapine is partially effective or effective doses are not tolerated (Osser, 2020).

Other than the brief statement by the APA and this recommendation by Osser, it doesn’t seem that most psychiatry sources recommend Omega 3s for schizophrenia.

Simple and Practical sites the Maudsley guide which is summarized here:

Per Maudsley guide, using omega 3s to treat or prevent schizophrenia is not recommended as more studies than not show no benefit from placebo and positive studies are weak, though negative studies seem to be close to statistically significant. And even though the Amminger trials show benefit, another multi-site study “NEURAPRO” trial, did not show preventative benefits of schizophrenia with omega 3 addition.

A big advocate for Omega 3s is Dr. James Greenblatt and in his schizophrenia training he discusses the evidence that supports its use.

Berger (2007) added omega 3 2g or placebo to a group of 80 patients taking an SGA. Shown ability to reduce dose needed for clinical effect by 20%. Less EPS, constipation, or sexual side effects as well.

Amminger et al (2010) studied 81 individuals (41 intervention, 40 placebo) administering 1.2 grams of omega-3 x 12 weeks. Then evaluated them at 40 weeks and 7 years. Individuals aged 13-25 who were at high risk and had subthreshold psychosis.

While mainstream sources have been cautious to recommend omega 3s for schizophrenia treatment or prevention, the data shows it may be protective, and some data shows it may really be protective, especially if started early enough. It also seems to reduce dosing, side effects and may reduce metabolic risks with antipsychotic use. To this point James Greenblatt wonders if it should be “standard of care” (Greenblatt, 2018).

The main risk/side effect with omega 3s is its anticoagulant effect.  Increase bleeding is more likely in higher doses but can happen at any dose.  Avoiding or special considerations should be made for people with risks for bleeding disorder or taking any other medications that can be anti-coagulant like nsaids. (Mago, 2017; Schatzberg & DeBattista, 2019)

Using Omega 3s makes a lot of sense, especially if you are interested in incorporating functional medicine into your practice or even doing functional medicine completely.  Compared to other natural treatments, omega 3s have been studied quite a bit.  Even if some data is mixed or mild, there is clear cardiovascular benefit, and therefore will likely help in more ways than one.  Omega 3s are very low risk, and often patients appreciate the options of incorporating low risk and natural intervention.

The Elite Nurse Practitioner is accredited as a provider of nursing continuing professional development by the American Nurses Credentialing Center’s Commission on Accreditation.

drop us a line